Among Filippo Negroli's more prestigious customers were the Emperor Charles V and the dukes of Urbino, Francesco Maria I and Guidobaldo II della Rovere. Filippo's brother, Francesco, was highly skilled in damascening - a process of decoratively inlaying metals into the armour; he often did this in gold, favouring acanthus foliage patterns for the most part of his designs below.

Interestingly, you can see, in the miniature portrait of Guidobaldo II della Rovere below, that the armour he had Negroli produce for him (which is also featured in my last post on Negroli) is included in the background, proudly put on show for all to see. Seemingly, the armour is recorded very little as far as whether it was used or not - but to find it included in his portrait tells us it was of great significance to him.

Although the foliage designs on the works below are incredibly eye-catching, I find they lose their value when we learn the meaning or function of the illustrations. They act as a sort of secondary feature to the actual form of the armour, which is why I find that the more 'pure' (or 'simple') ancient Roman armour that would make more use of the human form itself and rely less on symbolism or motif, seems to function in a different way - something I might address at a later date. 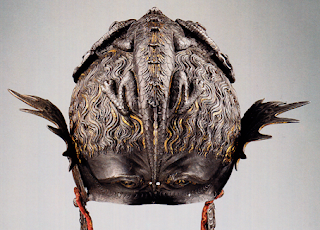 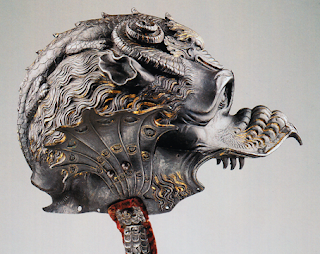 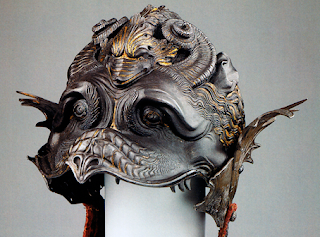 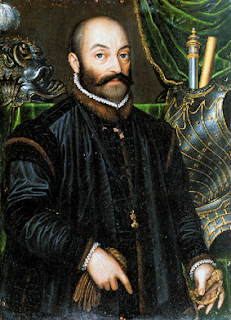 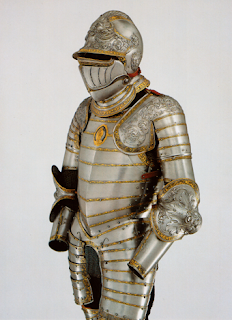 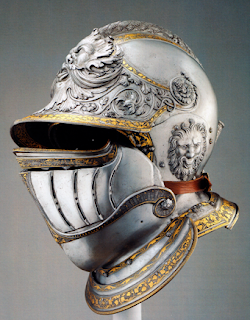 Armour for Dauphin Henry of France, 1540 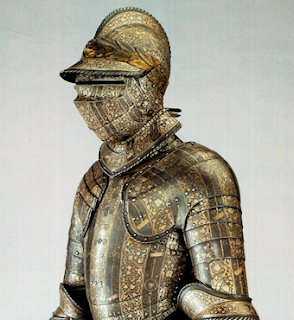 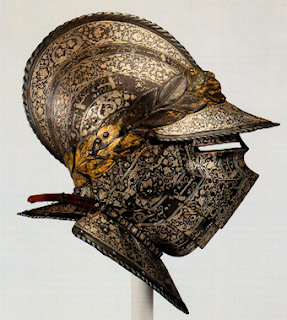